The Real Test, my scratch built up against a RTR Axial SCX10 Deadbolt.

So I've had this thing working for a while now and I really love it.
I did finally break down and buy an Axial Deadbolt RTR. It was almost new, literally barely run.

To see more about my Deadbolt mods Click Here.

So I got to give my little truck a real test. I put it up against the Deadbolt climbing some rocks at Flat Rock Park in Columbus, GA

It did AWESOME, it climbed almost everything the Axial Deadbolt did.
There were a few spots where the tires lost grip but I'm willing to bet that if I had swapped tires it would have made it further. The Deadbolt was running Proline TSL Super Swamper 1.9 tires with the G8 compound and those stick like crazy. 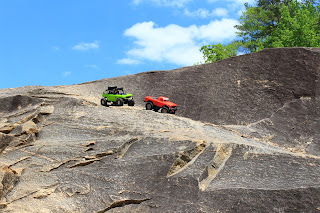 Afterwards I did some serious swamp running with it back at our campground. 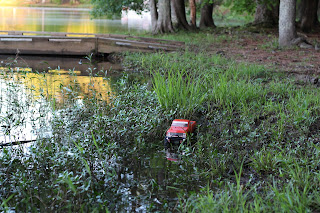 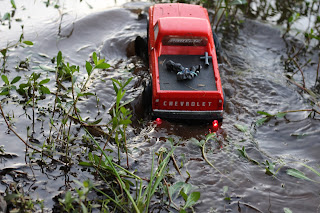 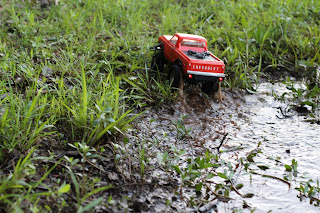